The Assassin’s Creed series is famous for its many parts and its deep and controversial story. As a large number of players are still ignorant of the depth of its story. And there is no doubt that the series includes many details that are difficult to understand from the first time. Or even dive into it because of course you need to read and explore long for each part. And link this Part with the rest of the parts and find out the location of its chronology of events.

From this point of view and to facilitate the understanding of this story and this depth.

The Chronology of the Assassins Creed Series from the Millennium To Z.

And in these two articles the goal was to shed light on the main story. Following the method of dividing the story between the ancient and modern eras. And we linked the parts to each other within a specific chronological framework in order for the players to realise the truth of the story of the game. How it began and where it arrived. There are a group of novels and books that will tell us more about exciting information about the story more and more. 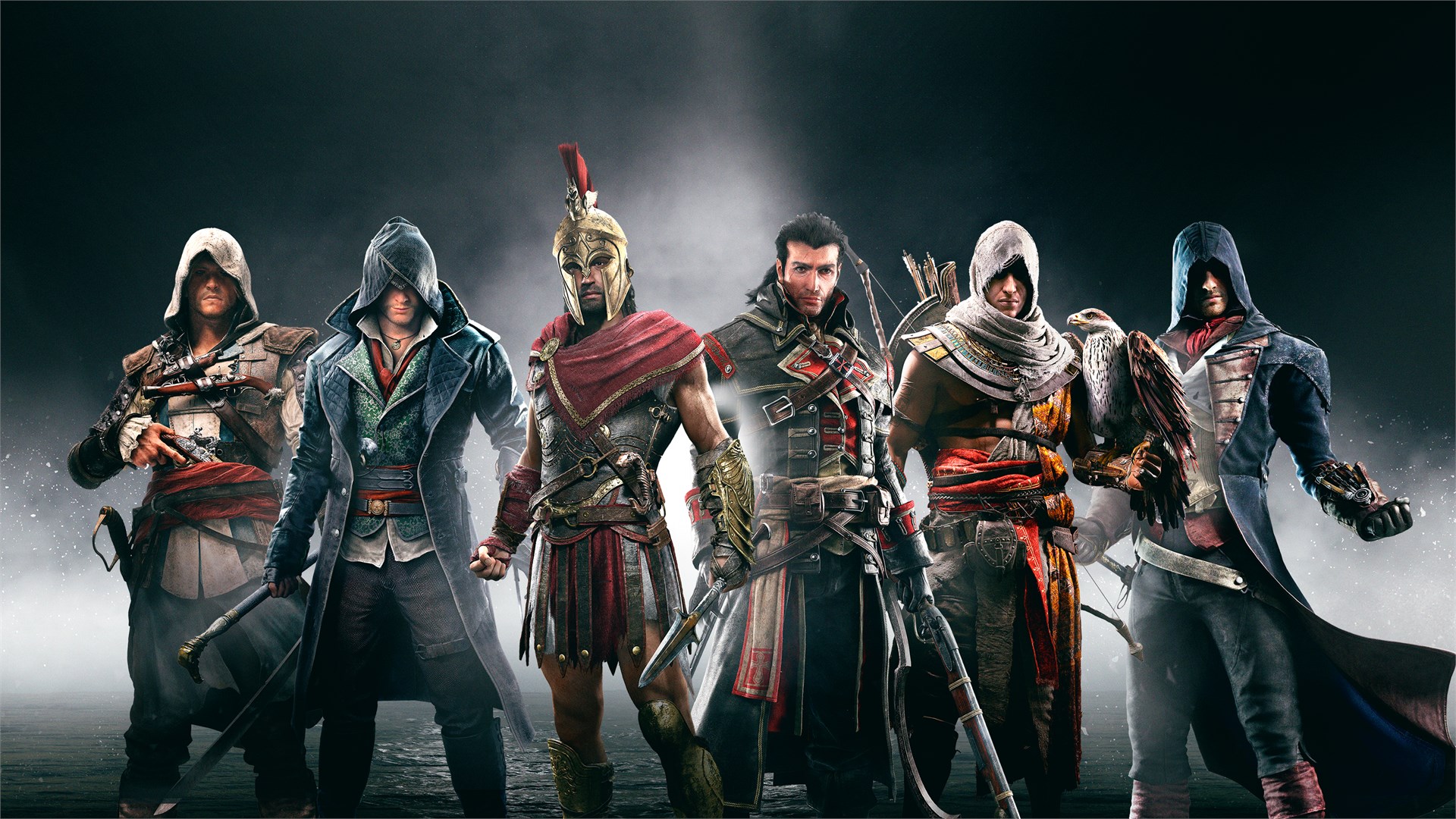 And if you are a fan of the game and follow it and are familiar with the story of most of its parts. You will be eligible to read some of these important books. And novels to understand and discover more about the story of the series. And there are many examples of these books with their authors such as the writer “Oliver Bowden” and his book (The Journey Back From Hell). Writer “Christie Golden” and her book (AD 999), writer “Matthew Kirby” and his book (Icefall). And writer “Gordon Doherty” and his book (Legionary).

We can say that these books will bring you complete satisfaction provided that you are a fan of the story of this professionally woven series that you will understand deeply. But of course, the books are not over yet. There are currently about ten official books for the series. And more of them are still being released every period. In this article, in the Top 10 section. We will review today ten new things that you did not know.

Players have long argued and disagreed about which game had the best combat system in the series. But Ezio Auditore de Firenze’s killings were undoubtedly the most realistic. And despite being deeply moved by grief and revenge, Ezio never lost faith in his cause. In fact, he was able to kill targets for whom he had some affection and sympathy. With the desire to perform the last rites for them after their death. 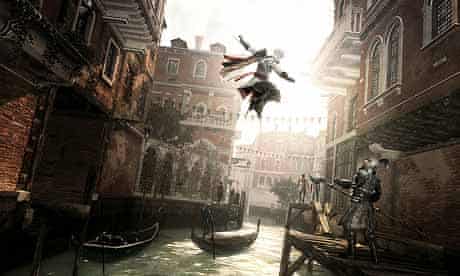 Cesare Disease Revealed in the Brotherhood

Reading the books may change your view of the number of confirmed killings of official targets carried out by the killers during the history of the series, and will make the death of “Cesare Borgia” account for the killings of “Ezio” controversially if you understand the books or novels completely. Cesare was suffering from late-stage syphilis as he used to wear a mask to hide his obvious symptoms, but Ezio eventually threw him over the edge as a form of sympathy after learning of his illness.

A lot has changed since the first introduction to the first part of the game but that may be a feature rather than a bug. History is written by the victors but sometimes even they themselves don’t get all the details. Even by their friends. “Niccollo Polo” was the person entrusted with obtaining the full story of “Altaïr Ibn-La’Ahad,” but for an unknown reason. “Altaïr” chose to formulate himself stories like the story of Mason’s betrayal completely. And you will not discover the truth until after you see it on the program” Animus” during the course of the game’s events.

“Ezio” was introduced to Ezio creatures in Revelations

The story of “Ezio” is controversial among players, and some describe it as old and outdated. But some stories may not become so because they have not yet been told. As the Revelations section neglected valuable essential information found in the book. Where “Ezio” and “Jupiter” meet and gets her real first name “Tinia”. It is believed that the creatures of “Isu” only revealed themselves to a select few after a long time.

The Tragic End of “Edward Kenway”

The novel takes a different turn, as instead of telling the story of “Connor” or “Edward”. It takes us to the diaries written by their opponent “Haytham Kenway” and tells us the tragic end of “Edward”. When he was executed in front of his child in another light.

The relationship that transcends friendship in the Black Flag part

Edward Kenway’s full attention was focused on pursuing the series’ fiercest tumblers, not allowing anyone in his stature to think about romance at all, but that was hardly clear to Edward himself, who, after revealing the true identity of “William Kidd”, expressed expressing his emotional feelings, and even showing his displeasure when she masquerades as a man again.

Where did Èlise in Unity get her unique traits and personality

While the series’ players are busy choosing the best killers in the series, they should also consider the best members of the Tumblr, and without a doubt “Èlise” is the best among them, as the book tells her story in unique detail that reveals how she grew up and became an exceptional open-minded Tumblr. Unfortunately, the story of Èlise or her upbringing is not mentioned in the game, but in fact the logic and intelligence of Èlise derives from her fencing master, Frederick Weatheral, who not only taught her how to fight but also how different people’s emotions are, the essence of their hearts, and how the world is going in that direction. .

The greatest killer ever who didn’t get that title

Jayadeep Mir, better known as “Henry Green” or the Ghost, was a sensitive part of the Assassin’s Creed Syndicate’s crew of killers, and he would have been the protagonist of the story had this annoying little thing stopped him. He was suffering from severe remorse when he killed someone in the game, but after reading the book you will discover that it was the only reason that prevented him from being the best killer of all time, and you will also know about the supernatural powers he had since he was a child and before he received Even his exercises.

How can a person learn and enjoy the powers of killers before he learns about the Templars organization, the answer is clear that mother nature can teach you those abilities, you just need a severe and violent climate and an unknown city which is where Bayek discovered his true abilities? The novel “Desert Oath” tells us about Bayek’s voluntary choice to live in the desert and walk by the Nile, and enter the city of “Zawty” as an unwelcome alien visitor, and these experiences taught him the abilities of killers that an ordinary person would take a long time to learn.

Kassandra has always been the primary killer in Odyssey

Players may differ in choosing the protagonist in the Odyssey part, some may choose “Kassandra” and some choose “Alexios,” but the book solidifies the idea that it was “Kassandra” who was meant to become a “misthios” leaving her brother “Alexios” to become “Deimos” in the end. . Players have always thought that “Kassandra” was the best option. But in any case there is a note hidden in “Assassin’s Creed Valhalla” confirming the information in the book.

In conclusion… We mentioned to you the top 10 points or information found in the books that you will not be able to know by playing the parts of the series. Do you have any additional information to share with us? Are there new books that are more important? Have any of you read books before? If you are a true fan of the series. You should not miss the fun of knowing all those sensitive details. That might make you follow the series in a new perspective.