Did you know that every year Nintendo publishes at least one new IP? It’s true, they haven’t missed a year since 1983, the year the Famicom launched in Japan. In 2020 we had Good Job!, Astral Chain in 2019, Sushi Striker in 2018 and Ever Oasis in 2017 — and that’s only naming one each year. Given how only a few of them ever hit a mainstream audience though (like 2019’s Ring Fit Adventure), it’s no surprise if they slipped your mind.

So what was Nintendo’s new IP last year? Well, assuming Game Builder Garage is actually a LABO spin-off and not it’s own unique IP, seeing as it’s entirely based around the LABO Builder Garage, that honour goes to a game we think most people reading this article probably forgot all about until they saw the headline: Buddy Mission BOND.

Announced in the Japanese September 2020 Nintendo Direct, Buddy Mission BOND was a surprising reveal. In collaboration with Koei Tecmo, known for the Warriors series and making Fatal Frame (a series they also co-own with Nintendo), Nintendo published this original visual novel/adventure game with artwork by the incredible manga artist Yusuke Murata, probably most well-known for drawing the One-Punch Man manga.

The game released in Japan on 29th January 2021 and at the time of writing there has been no sign of a localisation. It’s for this reason that we imagine many people — even stalwart Nintendo fans — may have forgotten the game exists, but as it hits its one-year anniversary we think it’s time to change that. Buddy Mission BOND will never hit the heights of series like Metroid or Pikmin, but it at least deserves to be remembered and, given the chance, maybe even played.

It’s a bit more action-focused than what the Ace Attorney series offers, and it can be a little easy, with visual novel and investigation segments

So what exactly is Buddy Mission BOND? Well, the game can probably be best compared to the Ace Attorney series from Capcom but instead of a courtroom section being the pivotal moment of each chapter, you explore a 3D environment and solving puzzles. The objective is always to get from point A to point B, often with a buddy, and there are multiple ways to reach the objective — each way providing slight changes to the story beats of the game.

It’s a bit more action-focused than what the Ace Attorney series offers, and it can be a little easy. This is due to the other two gameplay types: the visual novel segments and the investigation segments. The latter gives the player a limited number of actions to explore a map and look for clues through chatting it up with locals, while the former advances the plot and is where the main story lies. In both of these segments you’ll get enough clues that you’ll nearly always know the solution to the 3D action section, but it’s meant to be a reward for paying attention. Like a real detective would do.

Another reward (other than getting to experience what is a pretty good narrative) is filling up your Hero Gauge, which essentially acts like a mix between HP and EXP. Every time you do something wrong, whether it be picking the wrong moral choice when talking to your superiors or getting a puzzle wrong in the 3D action scenes, you lose some of the Hero Gauge. You want to end a level with as much as possible so you can unlock new side missions and get to learn about the characters more. 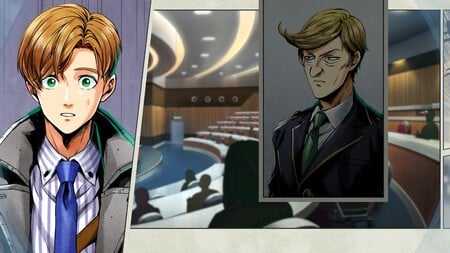 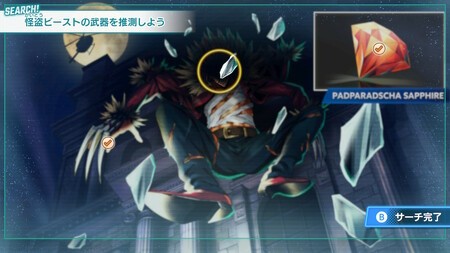 As with many successful visual novels, the characters are the most important aspect to Buddy Mission BOND’s story so these side missions are a must. The game is voiced (outside the investigation dialogue) and, as mentioned before, all drawn by Yusuke Murata. This really sells the game’s aesthetic and style as the art is slick, full of emotion, and just all-round superb. It looks like a manga and is aesthetically themed like one, with each ‘chapter’ feeling like an episode of an anime adaptation.

It’s common for visual novels to have very static characters but the amount of different poses, action shots, expressions and reactions for each character is impressive. Each one of the game’s four principle heroes that make up Team BOND — Luke, Aaron, Mokuma and Chelsey — have so much personality and much of that comes from the art; the side missions to flesh them out more also help. We don’t really want to compare it to Persona because that feels a little played out online, but the dedication to developing its characters definitely brings that series to mind (the incredible jazz soundtrack might also have something to do with it).

Overall, Buddy Mission BOND is a really stylish game with a great story, only really brought down slightly by getting repetitive gameplay-wise — although that’s arguably par for the course for many a visual novel, so it’s hard to hold it against the game. It certainly doesn’t feel like a Nintendo game, even if the company has published (and developed) this brand of game in the past — last year’s brilliant Famicom Detective Club duology, for example. For the Nintendo Switch, it feels like the type of game that will be a hidden gem rediscovered in 10 years… but we could make that sooner if we shine a spotlight on it now!

To really accomplish this goal though, Nintendo really needs to put the time and energy into localizing it and, unfortunately, we don’t know how likely that is. Maybe Nintendo will surprise us by announcing it in the first Direct of 2022, but we have our doubts. The company has a decent track record in recent years when it comes to worldwide releases — and the localisation of the aforementioned Famicom Detective was a lovely surprise — but for a year to pass without a word doesn’t provide much hope. 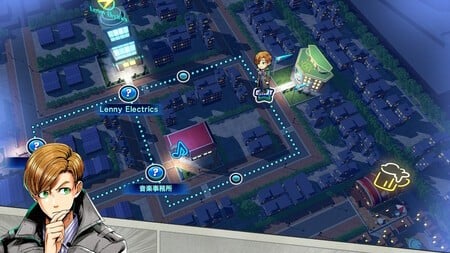 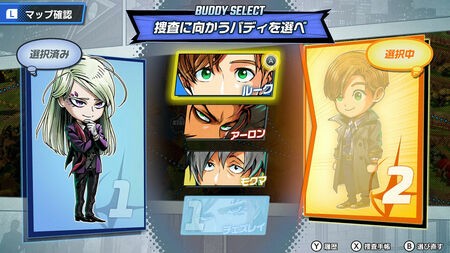 You never know, though. Nintendo could pull a Famicom Detective Club and release it as an eShop-only title in the West. Likewise, the voices could remain in Japanese with the focus kept on localising the text. It’s a neat little game that’s dripping with style and potential — we’d love to see it given a chance outside Japan. Fingers crossed.

In the meantime, we can at least say Happy 1st Birthday to Buddy Mission BOND, perhaps the Switch’s stealthiest debut franchise.

Would you be interested in seeing this come to the West? Have you played it already? Let us know below.