Before the pandemic surge, the mid-Atlantic and New England regions had excellent outcomes, with lower-than-expected death rates, Nguyen’s team noted.

That changed during the pandemic surge:  Instead, there was a significant increase for fatal outcomes for all adult heart procedures studied, and that was especially true for people undergoing a bypass operation, the study found.

The data didn’t offer insight into the reasons for the increased deaths, but many surgeons say they’re currently limited to operating on only the most urgent coronary bypass cases and patients who tend to be sicker to begin with, perhaps skewing the results.

That means that “less sick” heart patients may be avoiding surgery — and they shouldn’t, said Dr. Robbin Cohen, from the Keck School of Medicine at the University of Southern California. He wasn’t involved in the study.

“These numbers should not serve as a deterrent to patients seeking care for chest pain or other cardiac symptoms,” Cohen said in the release. “If anything, they are a warning to get into the system as soon as possible.”

Hartman agreed. He said that many patients who avoided needed heart surgery in 2020 may have died at home.

For example, Hartman said, “during the pinnacle of the surge in New York City, April 7, 2020, EMS data revealed the at-home sudden death rate had skyrocketed to numbers never before seen.”

Hartman’s advice: “Patients that are experiencing symptoms that may be cardiac-related, or those with known cardiac disease, should proceed with addressing these [symptoms] and not delay or procrastinate. Most hospitals are safe havens, where all patients and all staff are routinely screened and tested for COVID disease and, if found, cared for in units that are separated from the other units, including cardiac surgical areas.”

The U.S. National Heart, Lung, and Blood Institute has more on heart surgery. 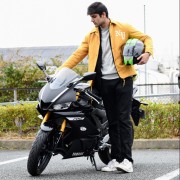 Hey i am Akshit a wordpress developer and website developer. I am CEO of two websites till now and still going on for my future goals in digital marketing. I love to travel thats all i want to do. I am not sheep of 9 to 5 job. THATS ALL FOLKS.

With Product You Purchase

Thrive with the Mercenaries in Vigor - Season 7 - Xbox Wire

Sick With COVID, Many Unable to Isolate at Home

Setting Curfews for Your Teens

Why Is Liver Cancer More Lethal for Black Patients?